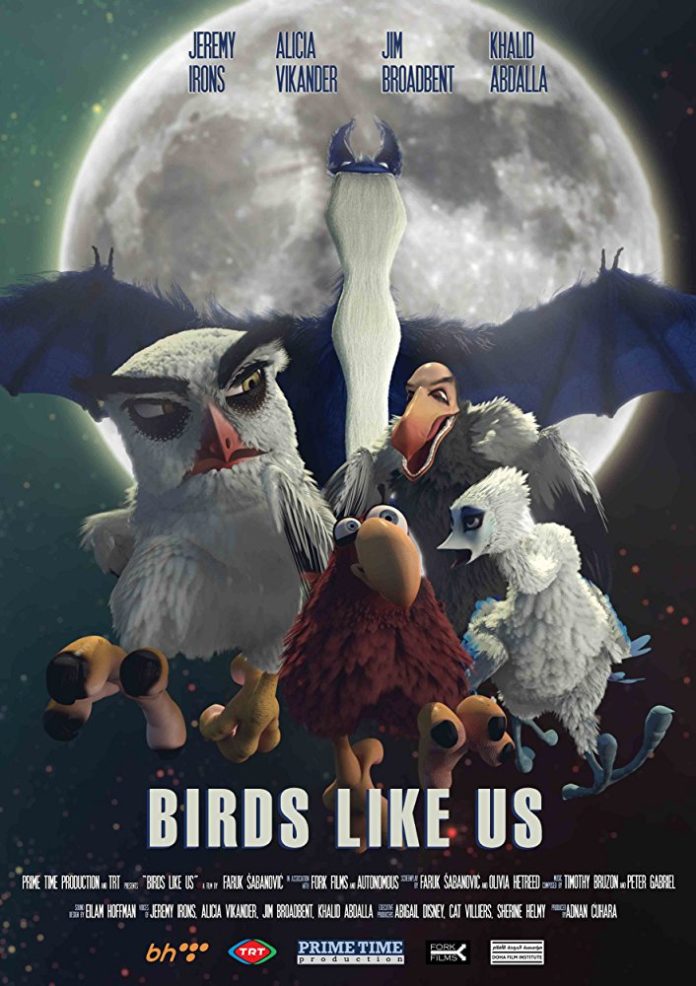 Birds like Us/Ptice kao is a 3D animated feature film, directed and authored by Faruk Šabanović as the first one of its kind to ever be produced in BiH. The film is based on the 11th-century Persian masterpiece The Conference of the Birds by Farid al-Din ‘Attar.
The English version of the script having the help from world-renowned experts. We have managed to adapt the language to an international market (Anglo-Saxon and American primarily) and make the story into a global market. The Faruk Šabanović has worked on the
script in London with an award-winning screenplay writer Olivia Hetreed and world-renowned and awarded producer Cat Villiers, who was also the producer for Danis Tanović’s Oscar awarded film “No Man’s Land”;. In the effort of making this film with the quality it deserves, we have managed to contract some of the most successful world actors. Even though it seemed impossible- we have done it.
Twelve famous actors out of which are 3 A-list, Oscar winners Jeremy Irons, Alicia Vikander and Jim Broadbent have agreed to lend their voices to our animated heroes. Music was done by PETER GABRIEL.
Film’s total budget amounts to approximately € 8,000,000.00